Choosing a men’s wedding band that fits a groom’s personality and style can be a fun challenge. Last year, we were honored to be entrusted with the creation of celebrity Chris Hardwick’s unique, meteorite, dinosaur bone, and antler wedding band. According to Hardwick, “Besides being sciencey, the dinosaur bone represents permanence, the meteorite is adventure through time and space and the antler is strength.”

In the past few months, there have seen several new, celebrity engagement announcements and we thought it’d be fun to throw out some suggestions for unique, meaningful wedding bands we could create to fit these grooms-to-be perfectly. 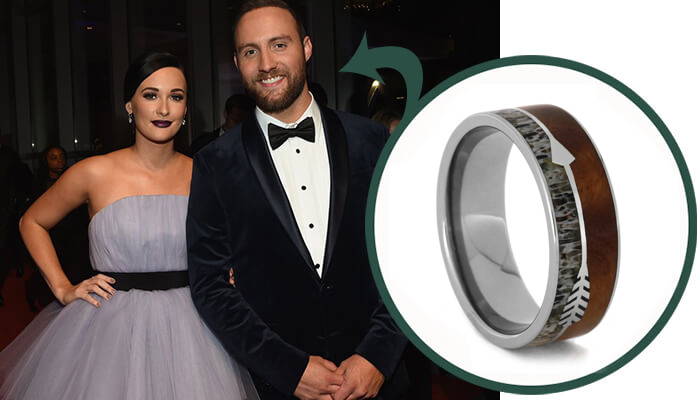 “Follow Your Arrow” singer Kacey Musgraves got engaged to fellow musician Ruston Kelly. That being said, this ring suggestion was a complete no-brainer. According to Musgraves, she didn’t just say, “Yes,” when he popped the question. She said, “Hell, yes!” We think Kelly would say the same to this silver arrow wedding band with antler and ironwood. 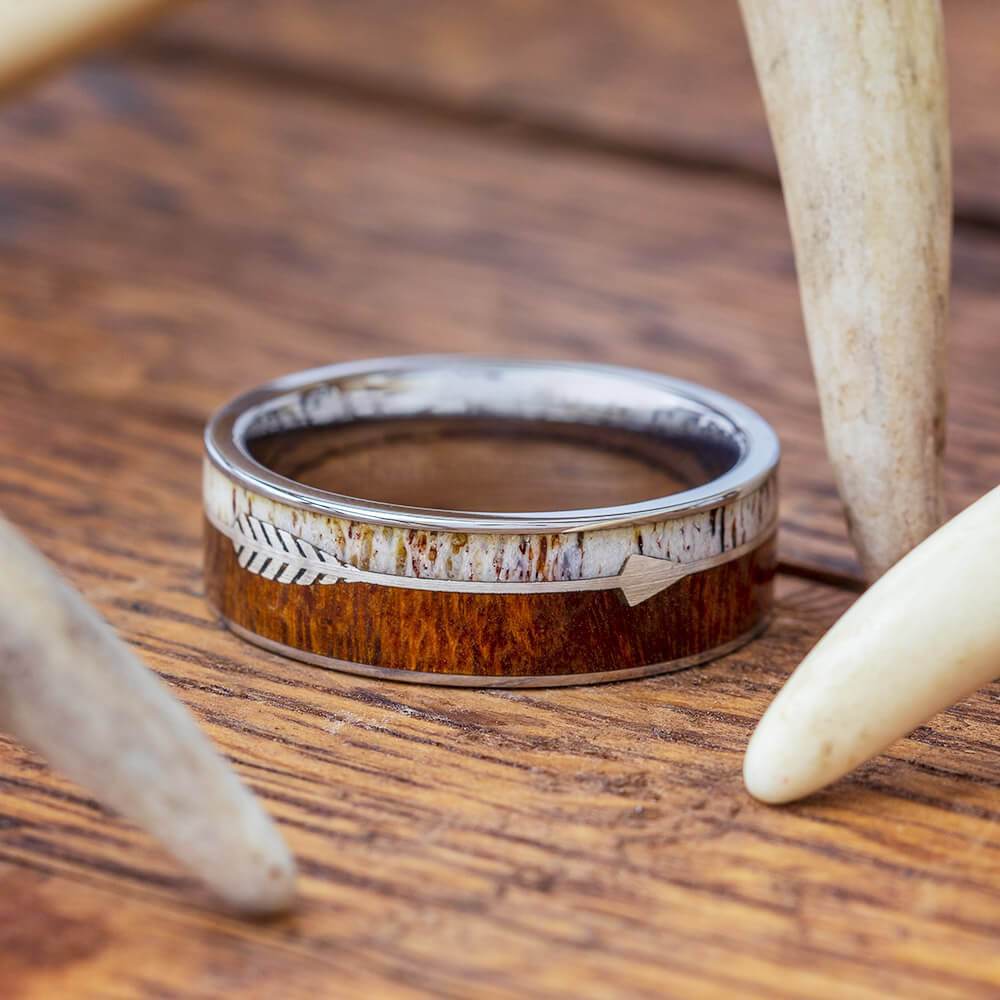 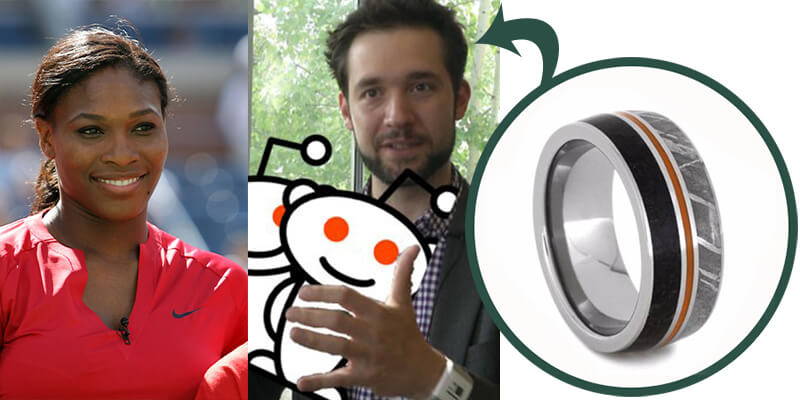 In late December, the tennis pro announced her engagement to Reddit cofounder, Alexis Ohanian. She said, “Our stars first collided,” in Rome and that’s where he popped the question. Since they had such a stellar meeting, we think it’s fitting that the tech-geek opts for a meteorite wedding band. This particular design also features dinosaur bone (bonus geek points) and an orange enamel pinstripe - a nod to his Reddit branding. 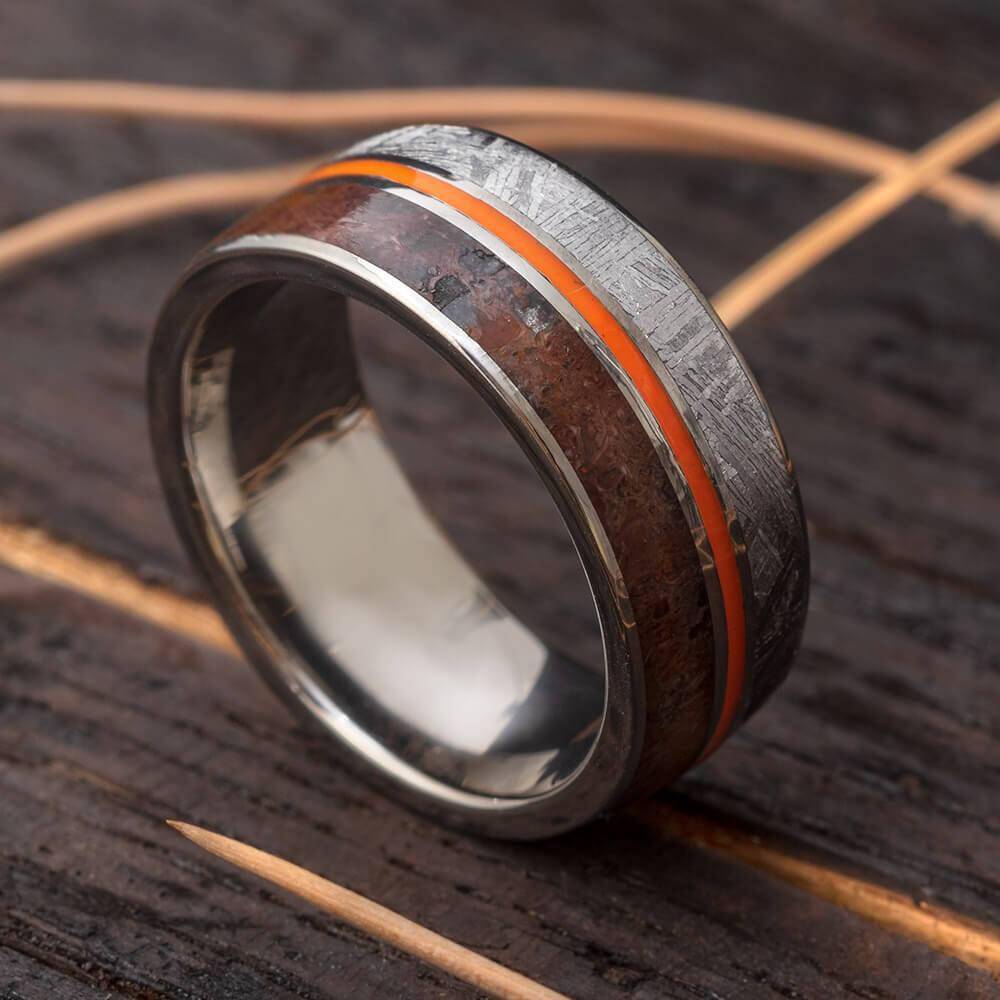 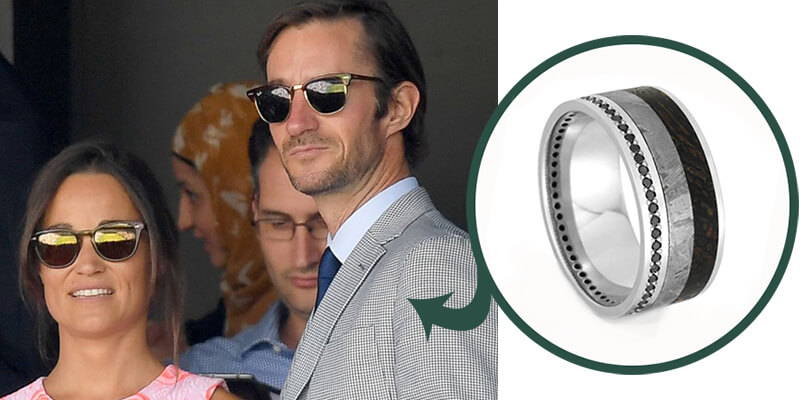 Pippa Middleton, younger sister to Kate, got engaged to hedge fund manager James Matthews. Not only is Matthews perpetually wealthy, but allegedly spent an eternity pining for her, so we suggest this unique and expensive platinum, eternity men's wedding band for his wearable symbol of love. 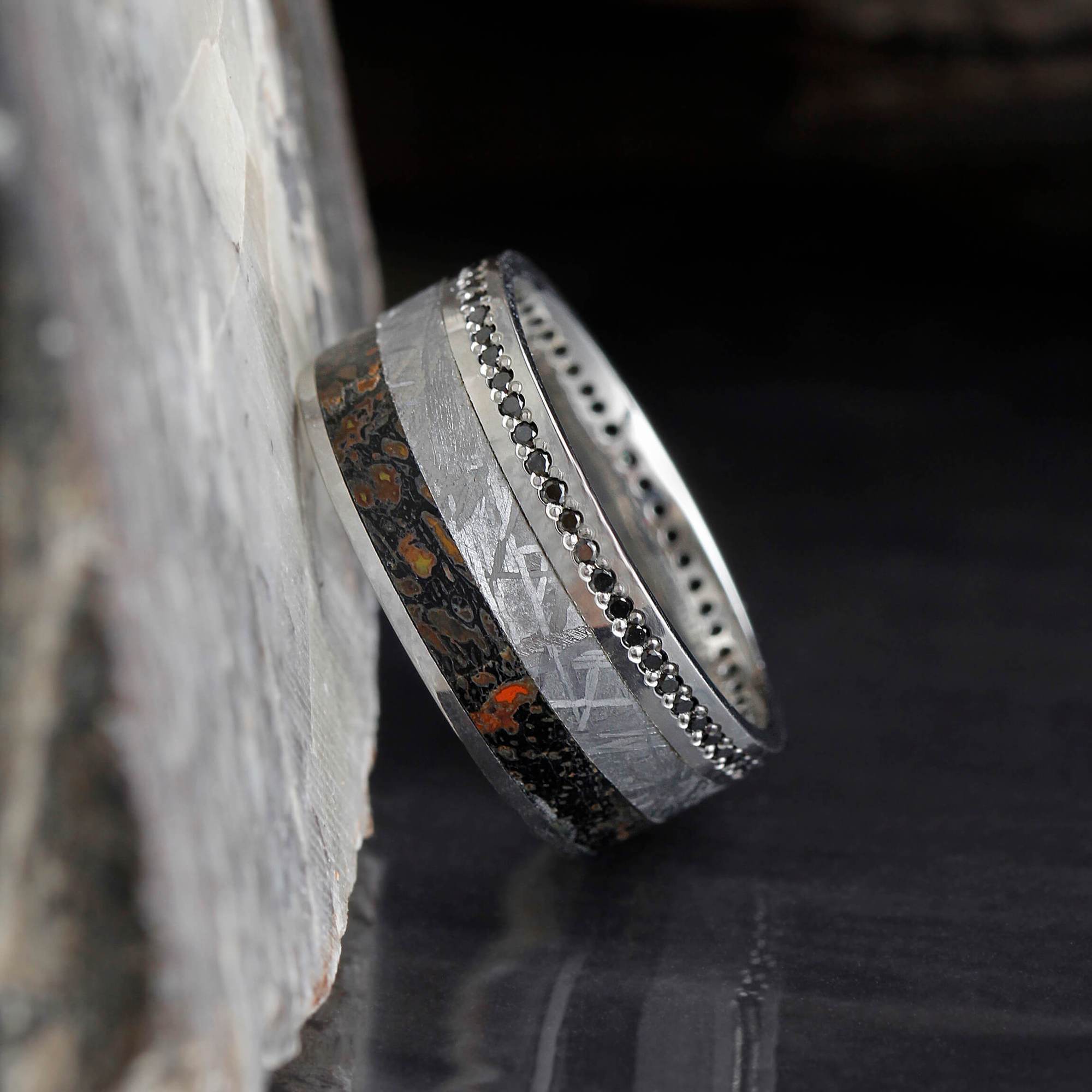 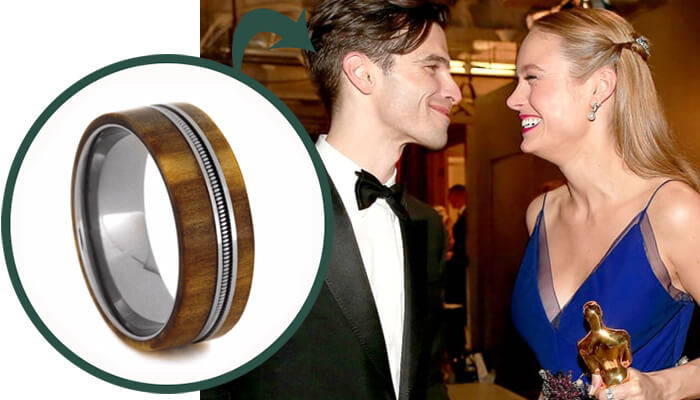 Oscar-winning actress Brie Larson is engaged to musician Alex Greenwald. Greenwald is the lead singer of the band Phantom Planet, whose song “California” was the theme for the tv show The O.C. This vocalist also knows how to play bass. That said, our wood & guitar string wedding band suggestion allows him to represent his love for both music and his future bride.

This relationship and ring have been discontinued. See the updated ring to the right with titanium edges. 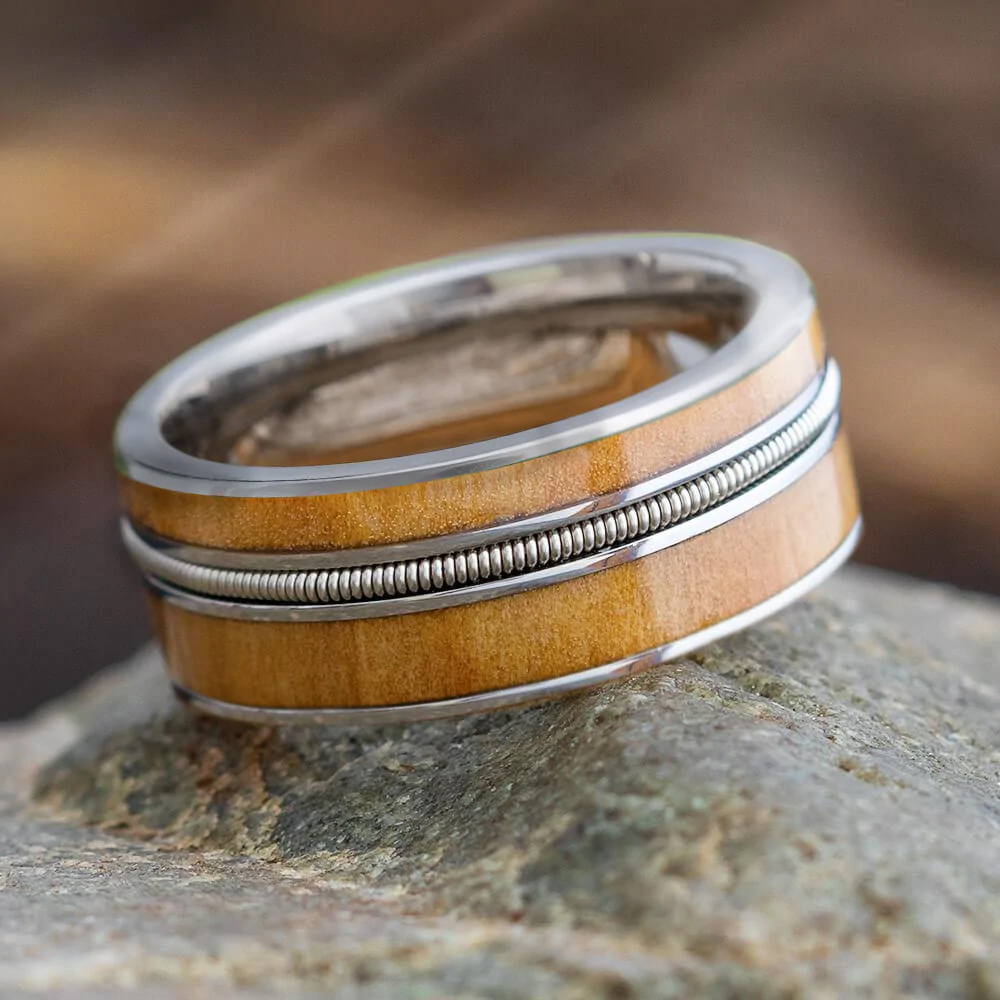 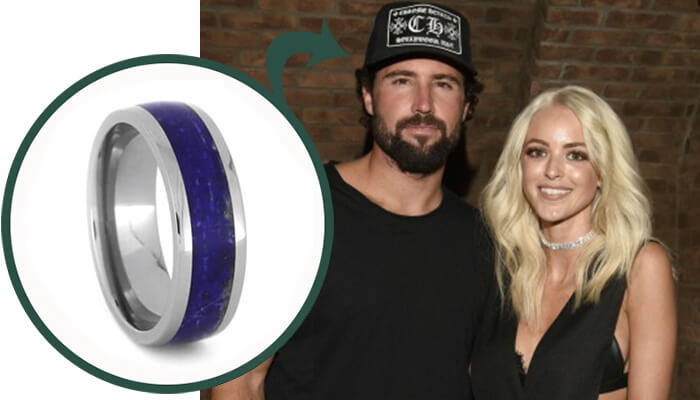 Brody Jenner and life-and-style blogger Kaitlynn Carter got engaged in the middle of last year. Being that this prince of Malibu feels most at home on the beach, we think he would fancy a wedding ring something like this beautiful, blue wedding band, featuring an inlay of lapis lazuli, that resembles the ocean. 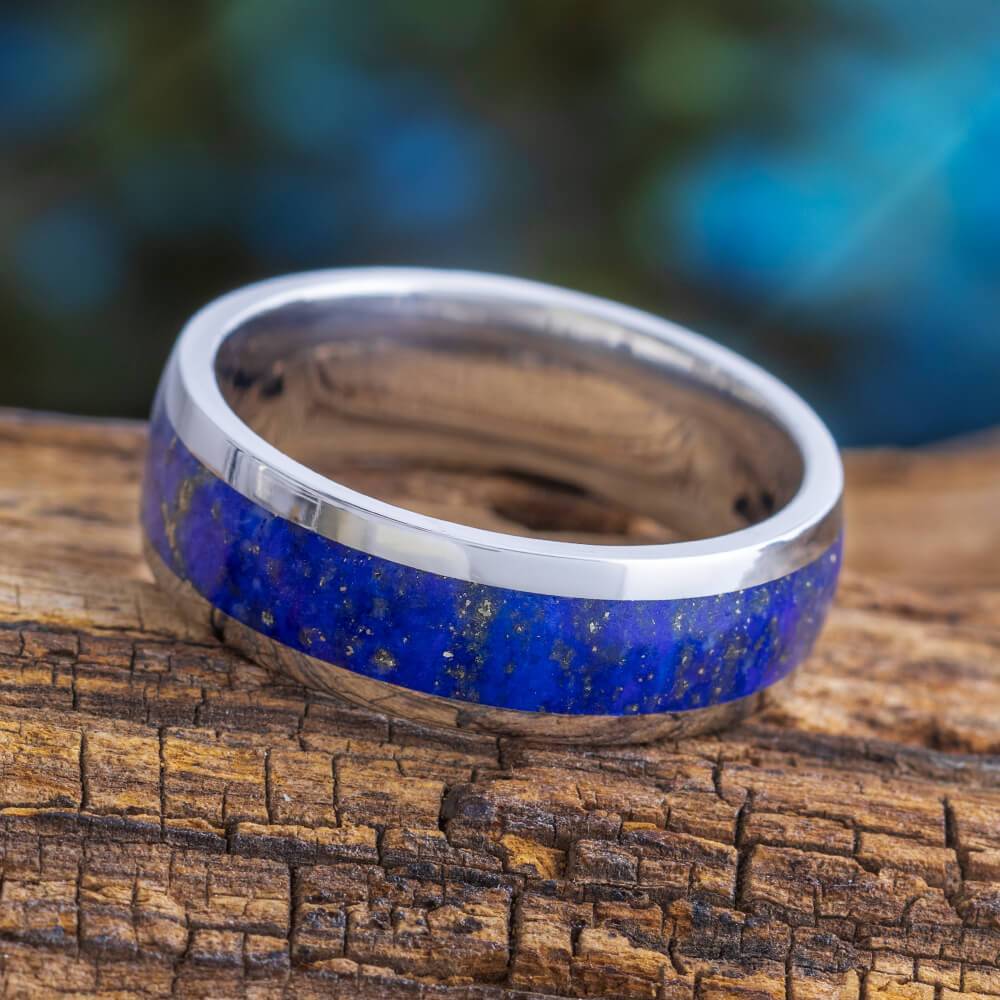 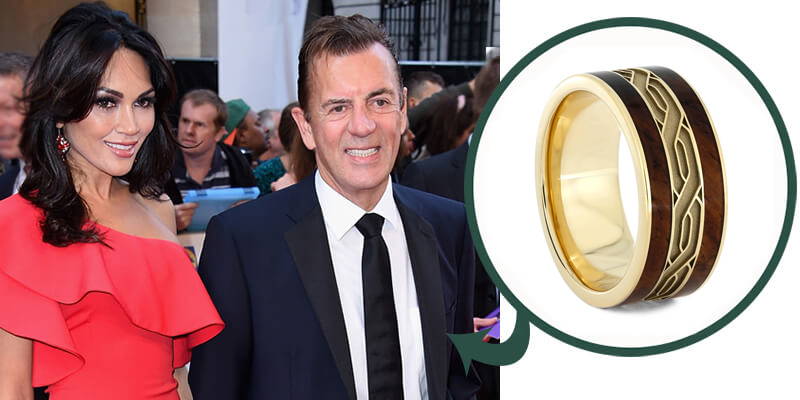 Dragon's Den star Duncan Bannatyne, 67, and 36-year-old Nigora Whitehorn, a brunette beauty, are engaged. These lovebirds have a few decades separating them in age proving love is timeless (and it probably helps a lot that he’s rich). Bannatyne’s Scottish heritage makes this Celtic men's wedding band with wood a great ring choice. 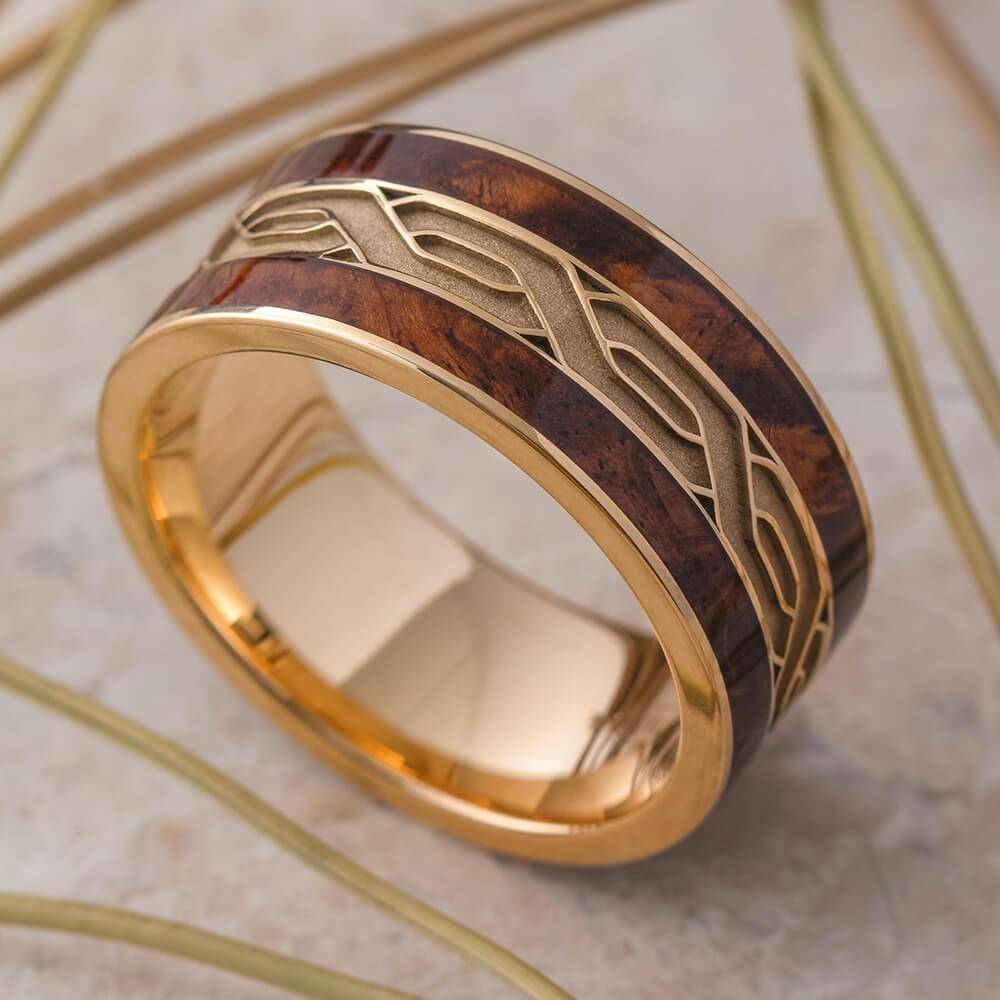 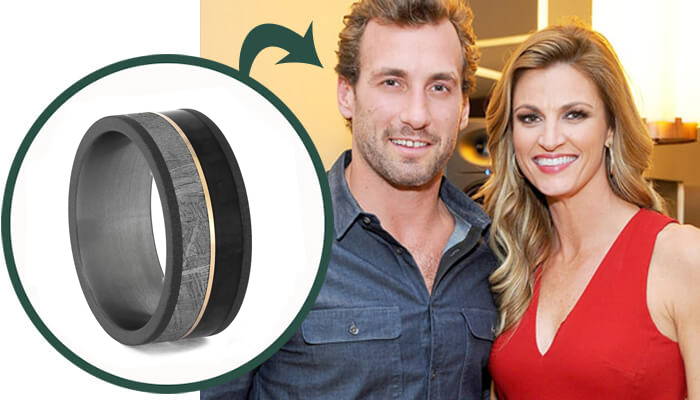 Former NHL player Jarret Stoll proposed to Fox reporter and Dancing with the Stars host Erin Andrews at Disneyland. How magically sappy. He wins back man points for the fact he won two Stanley Cup trophies playing for the LA Kings. We think he should opt for this unique, carbon fiber wedding band; carbon fiber is used in the construction of high-end hockey sticks. 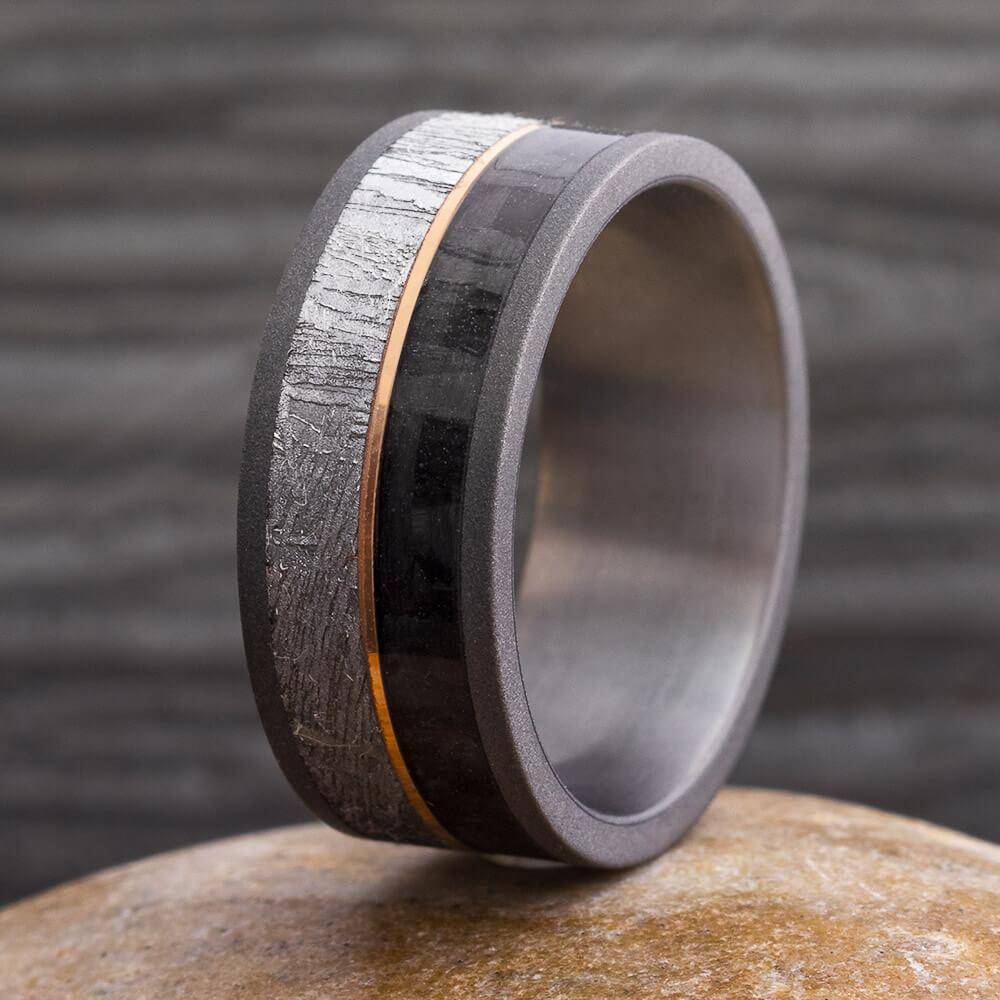 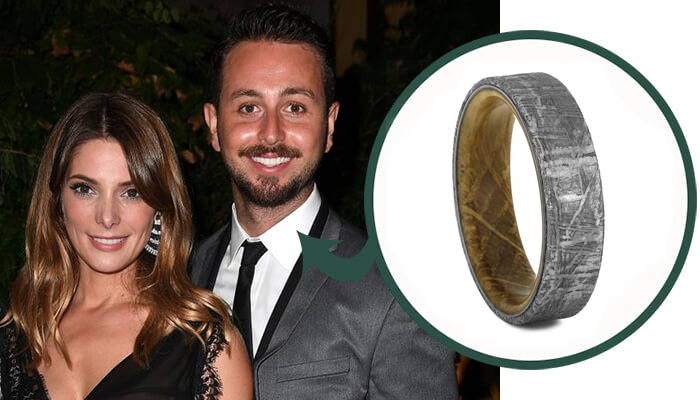 The Twilight star got engaged to her Australian beau, Paul Khoury, on Dec. 19 while vacationing in New Zealand. Khoury is BFFs with Liam Hemsworth. Chris, Liam Hemsworth’s brother, is Thor. Thor is a hammer-wielding God associated with thunder, lightning, storms, oak trees, strength, etc. He’s badass, just like this meteorite and wood ring we suggest for Khoury. Bam. 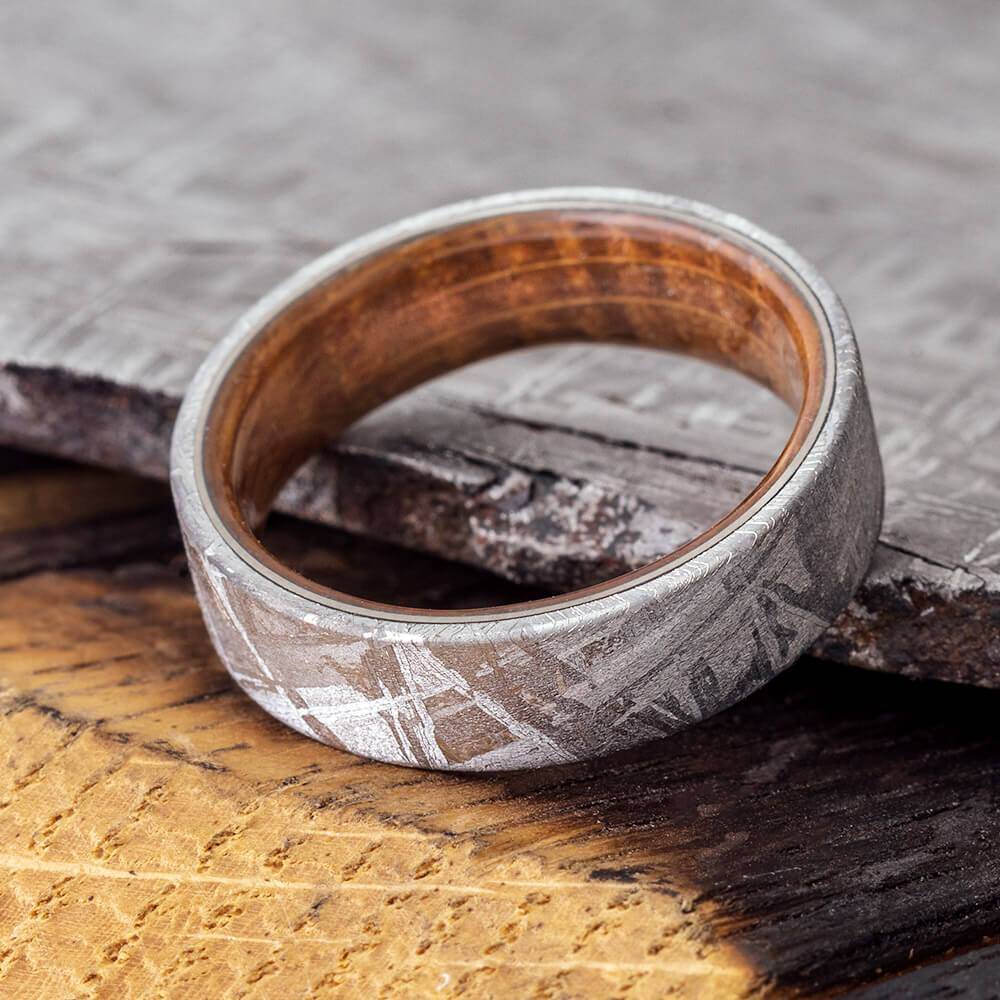